The Search For Sustainable Human Development In Africa 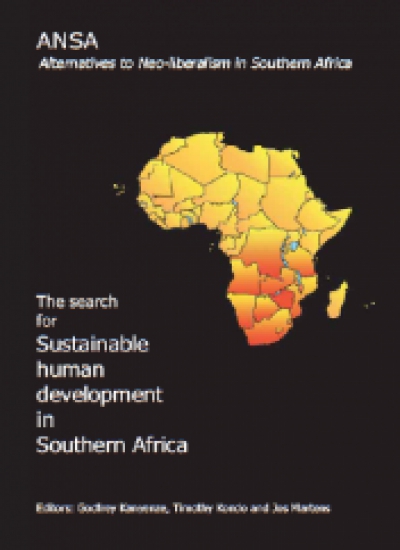 In 1995, the Zimbabwe Congress of Trade Unions (ZCTU) developed an alternative to the IMF/World Bank inspired Economic Structural Adjustment Programme (ESAP) called ‘Beyond ESAP, Framework for a long-term development strategy in Zimbabwe beyond the economic structural adjustment programme, (ESAP).’ Following discussions around the ‘Beyond ESAP’ document at various levels (national, regional and continental), it was agreed that given the widespread implementation of neo-liberal policies across the region, continent and indeed at the global level, it was imperative to develop alternatives at all these levels. To push the work forward, an advocacy programme was developed as part of the ‘Beyond ESAP’ project. As Zimbabwe descended into crisis since 1997, the extension of the ‘Beyond ESAP’ programme to the region and beyond was temporarily shelved, only to be revived in 2003 when Timothy Kondo, the ZCTU advocacy officer, Yash Tandon and John van’t Hoff sourced some funds from EED in Germany and ICCO in The Netherlands to kick-start the first phase of the project’s extension to the region.

To guide the process, Yash Tandon was requested to prepare a concept paper, on the basis of which deliberations for the first workshop revolved. The first ANSA workshop was held on 23-24 April 2004 at the Pandhari Lodge in Harare (Zimbabwe) and was attended by representatives from LaRRI (Herbert Jauch), LEDRIZ (its then chairperson, Colin Gwiyo, Godfrey Kanyenze, Tendai Makwavarara and Rodney Ndamba), NALEDI

and ALRN (Thobile Yanta), the Southern and Eastern African Trade Information and Negotiations Institute – SEATINI (Yash Tandon, Mary Tandon and the late Gregory Peta), Witwatersrand University School of Public Management and Development (the late Guy Mhone and Masimba John Manyanya), ZaCTU (Austin Muneku), ZiCTU (its President Lovemore Matombo and Timothy Kondo) and an activist from the region (the late John van’t Hoff). Representatives from SATUCC, the Congress of South African Trade Unions (COSATU) and the then President of ICFTU, Fackson Shamenda who had confirmed their participation could not attend due to pressing work commitments.